A November 2022 poll run by market research firm Ipsos found that 53 per cent of Canadians are worried about their family’s food security. This comes after Dalhousie University’s annual Canada Food Price Report 2023 projected that Canadian families will spend up to $1,065 more on food in 2023.

Meanwhile, food prices in Canada are increasing well beyond national inflation. November 2022 saw a year-over-year increase of 11.4 per cent to food costs, with edible fats and oils, coffee, tea, and eggs all showing prices over 16 per cent higher than last year.

Researchers are concerned that increased prices may lead Canadians to make more unhealthy food choices. Dr. Kelleen Wiseman, director of the University of British Columbia’s Master of Food and Resource Economics program, says the higher cost of essentials like vegetables could lead some to cut them out of their diet to save money. Dr. Wiseman suggests considering frozen vegetables and fruit as a way of getting essential nutrients at a lower price.

However, food security problems are not new, and have been a growing issue in Canada since 2020. In a year-end report, Food Banks Canada said that visits to food banks were up by 15 per cent compared to 2021. Furthermore, a April 2022 Statistics Canada survey found that 20 percent of Canadian households believed that they would need assistance from community groups like food banks .

Statistics Canada blames the rise in food prices on multiple economic pressures happening at the same time. The existing strains on the system caused by Covid-19, combined with several other factors, such as the Russian invasion of Ukraine, are leading to supply chain disruptions.

The US, the main supplier of fruit and vegetables in Canada, faced a series of adverse climate conditions during the 2022 growing season. Droughts, floods, and flash freezes across the country led to reduced crop yields resulting in higher prices for the food products. Brazil, a supplier of coffee and sugar in Canada, also experienced a drought that led to the failure of crops across the South American country. Farmers in Canada are also facing increased production costs due to an increase in fuel consumption by the warring countries.

Additionally, Russia, Ukraine, and Belarus are all major players in the global food market, with the nations being among the world’s top producers of wheat and fertilizer. Prior to the invasion, Russia also supplied large quantities of cod and haddock globally. Trade uncertainty with the involved nations, as well as a series of tariffs and sanctions against Russia and Belarus, has driven the prices of their exports up. Notably, Russian products face a 35 per cent tariff rate in Canada.
Though increases in food price are expected to continue in 2023, experts project that the hikes won’t be as steep. In the Canada Food Price Report 2023, University of Guelph’s Dr. Simon Somogyi says that a drop in inflation could reduce food price increases to 5 per cent or lower. 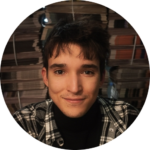