Women-only spaces in gyms are, surprisingly, a grey area for many people. A quick Google search on the topic displays people questioning why these spaces exist and if their existence is sexist. To many people, gyms are a neutral area and the need for women’s-only spaces is confusing.

However, a lot of women don’t see it that way. A study from the University of Waterloo, published in Leisure Sciences, notes the impact of gender on fitness spaces: “[Gyms] often reflect and perpetuate gendered power relations and highly prescribed cultural expectations for femininity around women’s bodies, appearances, strength, and abilities.”

This idea always seemed simple to me, perhaps because I had experienced it. Despite attempts to counter the stereotypes, I still perceived gyms, particularly lifting weights, as a place and activity for men. My own observations supported this—walking into Goodlife as a teenager, I’d always see more men focusing on strength and endurance training than woman.

As a petite woman in baggy clothes who was new to working out, the idea of entering that space and using smaller dumbbells was intimidating, partially because I was new to working out. As a result, I’d enter a separate section of the gym, which was only for women, and comfortably complete my workout there. So did other women.

As I did some research on the topic, I noticed an attempt to break down and defend the idea of women’s-only spaces in gyms. For example, a study found that over twice as many women experienced sexual harassment while working out compared to men. I’m not denying the importance or significance of this research, but I do think someone’s experience should not be something they always have to prove to be taken seriously.

Sexual harassment at gyms is definitely an issue for a lot of women, but for others, preferring women’s-only spaces can be about other reasons, such as building community, avoiding gym anxiety, and cultural practices.

On U of T’s Faculty of Kinesiology & Physical Education website, they provide a simple, concise answer to the surprisingly complicated question of why women need their own fitness spaces: “While women currently constitute over half of U of T’s student body, they continue to be under-represented in most forms of physical activity. Our usage statistics show that while female participation in particular facility spaces is low during regular hours, it increases notably during times [scheduled] for women only.”

This explanation identifies an issue, finds a solution, then implements it. The simplicity of this discourse and solution contradicts the complexity of many other arguments against women’s only spaces, which, as a woman, I appreciate.

For women at the University of Toronto Mississauga who prefer women’s-only spaces, the Recreation, Athletics & Wellness Centre (RAWC) offers women’s-only hours from 1-2 p.m. and 4-5 p.m. from Monday to Friday. For more information on reserving access to this space and requirements related to Covid-19, check out the RAWC’s website. 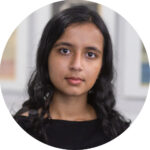 Sports & Health Editor (Volume 48) | sports@themedium.ca —
Duaa is a third-year student completing a double major in Professional Writing and Communication and Biology. She is in love with coffee and becomes way too attached to books and TV shows. Duaa plans to pursue journalism in the future. She is passionate about writing both nonfiction and fiction. In her free time, Duaa likes to read, write short stories, and paint.