To me, love is warm, gentle, comfortable, and peaceful. It feels like a safety blanket on a stormy night. It doesn’t have strict rules or fixed categories—just feelings and emotions rushing through your veins like a drug. But what happens when someone has to question and hide their feelings because their love is being rejected?

The unfortunate truth is bisexual people are forced to face this every day.

Let’s start at the beginning. WebMD defines bisexuality as “an attraction to more than one gender.” Bisexual people can be attracted to those who share the same gender as them, as well as those with different genders. But bisexuality is much more fluid than what a standardized definition suggests. Every bisexual person has a varied preference for genders, and some might find themselves attracted to one gender a little more than another. Bisexual people might also find themselves alternating between heterosexual to same-sex relationships, which is quite common.

So how does this affect a bisexual person’s mental health? We often find ourselves stuck in a situation where we have to lie to our family and friends, which is never a pleasant experience. It makes us feel guilty and consumes us from within. As a budding teenager, conversations about dates and crushes float around between students, but through all this, bisexual people are often left feeling uncomfortable and excluded. Simply put, we have to dodge the topic because we’re hiding a part of ourselves—giving way to feelings of hopelessness, sadness, and suicidal thoughts. According to a report by The Trevor Project, a non-profit organization that supports 2SLGBTQIA+ suicide and mental health awareness in youth, these emotions are notably higher in bisexual youth when compared to their heterosexual and gay counterparts. These emotions also leave bisexual youth more vulnerable to numerous mental health issues. The crux of this disparity comes from the fact that we’re often in the closet and misunderstood by our parents and peers.

But some of us break out of this caged feeling faster than others. Some of us find the courage to come out, but then, we have to endure our sexuality being mocked and shamed. When we describe ourselves as “bisexual,” people just don’t take us seriously. Our coming out is overlooked as a “teen phase” or just pure confusion.

Our sexuality is judged.

The judgement and ignorant comments dismissing our sexuality makes us start to question ourselves. It makes us feel that others know more about how we identify than we do. It is frustrating and invalidating.

An online survey study conducted on bisexual and monosexual people found that “bisexuals experience unique discrimination due to bisexuality that is different from gay/lesbian individuals. Bisexuals experience bi-negativity, or anti-bisexual prejudice, from both heterosexuals and lesbian and gay individuals, as well as the LGBT (lesbian, gay, bisexual, transgender) community more broadly.” Bisexual people face prejudice from the 2SLGBTQI+ community and discrimination from people outside the community.

But besides all the adversities and discrimination, there is still hope for us to find a community where people accept us for who we are and make us feel confident in ourselves—a community that doesn’t interrogate our identity. People are becoming more accepting of bisexuals as a “real” identity and not just a phase towards being straight or gay.

The month of March is Bisexuality Awareness Month. A month where bisexual people can celebrate their identity, no matter who their significant other is. But the end of March doesn’t mean bisexual awareness and support is over. We should dedicate every day to fighting the prejudice both inside and outside the 2SLGBTQI+ community. We should fight until we learn to accept people for their complicated and layered selves. 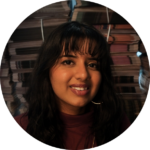