Spoiler warning: The review reveals the plot of Avatar: The Way of Water.

In 2009, James Cameron wowed audiences with the vibrant world of Pandora in his film Avatar (2009). The science fiction story went on to outperform Cameron’s Titanic (1997), with a box office record held for nearly ten years—until Avengers: Endgame (2019) achieved more sales. The rerelease of Avatar in 2022 led the film to become the champion of the box office once again. Avatar continues to be a visually stunning film with special effects that have managed to stand the test of time regardless of the over-familiar plotline—reminiscent of FernGully: The Last Rainforest (1992).

Since its release, the “white saviour complex” that runs deep within the first Avatar has aged poorly. Thirteen years later, Avatar: The Way of the Water (2022) has premiered as the first of several sequels. As the scripts for each film have been written back-to-back (like one long narrative), it will be interesting to see how the story is adapted into its own motion pictures—for Avatar 3, 4, and 5.

Prior to the debut of Avatar: The Way of the Water, audiences wondered how Cameron would continue to dazzle with his special effects after over a decade. Avatar follows former marine Jake Sully (Sam Worthington) as he adapts into the Na’vi culture and permanently takes the form of his Avatar. The film showcases his romance with Neytiri (Zoë Saldaña), the daughter of the former Omaticaya clan leader, and teaches viewers about the strengths that come with learning and appreciating others. The Way of the Water picks up with Jake and Neytiri—who are now coping with parenting four teenagers. Their daughter, Kiri (Sigourney Weaver), is adopted—born from the Avatar of the deceased Dr. Grace Augustine, also played by Weaver in the first film. The Sully family is forced to leave their home in the forest when a group of Avatars that embody “the sky people” declare war on Jake Sully. The family seeks the help of another clan, the Metkayina, who teach the Sully family “the way of the water.”

The bioluminescence and balanced ecosystem that connects everyone and everything in the movie is stunning. The visual aspects of Pandora continue to be the most appealing aspect of the Avatar franchise. Because the first film’s main settings are the forest and mountains, the Omaticaya peoples have bonds with direhorses (horse-like creatures with long necks) and flying dragon-like animals known as “banshees.” The Way of the Water introduces aquatic animals like ilu, skimwings, and tulkun. Its plot focuses on colonization and destruction of natural resources. The tulkun are highly intelligent whale-like animals that bond and communicate with the Na’vi. But, due to a fluid found in their brains that is used for anti-aging on Earth, they are the victims of tulkun-hunting.

While Avatar: The Way of the Water is beautifully shot, the film—with a runtime of a whopping 192 minutes—suffered from too many ideas. Several plotlines intertwine within the film, including scenes that briefly brush over colonization with little detail.

Lack of belonging is a rampantly present theme, as the Sully children are othered due to their mixed ethnicity. The Sully’s middle son Lo’ak (Britain Dalton) bonds with a tulkun named Payakan who had been ostracised by his community for waging war against his mother’s murderers. Another recurring theme seemed to relate to parental conflicts. Jake Sully, the former marine, struggles to connect with his sons. Spider (Jack Champion), the human-child orphaned on Pandora during the events of the first film, grapples with the fact that he feels Na’vi despite his relation to his birth father—villain and colonel Miles Quaritch (Stephen Lang). Neytiri does not believe that Spider belongs with her family because he is human, which seems odd considering she married and started a family with Jake, a human.

It should be noted that the “white-saviour” critiques of the first film are still valid with The Way of the Water. There remains a serious lack of Indigenous representation in a film that claims to support and celebrate Indigeneity. After a quote from a 2010 interview with James Cameron resurfaced—where Cameron implied that “fighting a lot harder” could have undone the traumas of the Lakota Sioux peoples of South and North Dakota—calls for boycotts of Avatar: The Way of the Water have come from Indigenous Peoples on social media.

It is unfortunate that Avatar: The Way of the Water’s stunning cinematography is bogged down by choppy plotlines and Cameron’s own racial and historical insensitivity. However, this has not prevented the film from climbing to the top of the box office. We can only hope that some of these criticisms were considered with Cameron’s upcoming  Avatar 3. Pandora and its inhabitants are magical, but instead of embracing the world he has created, James Cameron allowed himself to continue to perpetuate colonial ideologies that cannot be overlooked. 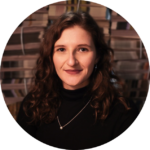