On November 30, 2022, students protested U of T’s inaction after an external investigation substantiated allegations of sexual harassment, racial microaggressions, and supervisory misconduct against Robert Reisz, a professor of Biology at the University of Toronto Mississauga (UTM).

The investigation, which was made public by The Varsity in a recent article, began in 2020, after Bryan Gee and Yara Haridy, two former students of Reisz, submitted a 72-page document to U of T’s Department of Ecology & Evolutionary Biology concerning Reisz’s misconduct towards them.

According to The Varsity, when the investigation concluded in January 2022, U of T administration admitted that Reisz’ behaviour breached U of T’s policies on sexual harassment, adding that there would be corrective action, but due to privacy concerns, refused to detail what this “action” resulted in.

The protest began in UTM’s student centre. The University of Toronto Mississauga Students’ Union (UTMSU) president, Maëlis Barre, led the crowd towards the William G. Davis building—the location of Reisz’s office. Barre spoke to the crowd about her disappointment in the university’s administrative response.

Micah Kalisch, director of the Prevention, Empowerment, Advocacy, Response, for Survivors Project (PEARS), a peer support program at U of T for survivors of sexual assault, also spoke, echoing Barre’s criticism of the U of T administration.

Following the speeches, members of the protest ascended three flights of stairs to Reisz’s office, where they attached posters to his door and stretched red tape across his entry. “Blame the system not the victim,” one poster read. “We demand safety,” said another.

Reisz was not in his office during this time.

The Medium spoke with several students who attended the event.

“People like Robert Reisz are a detriment to science itself,” said Liam McFadden, a fourth-year Linguistics major, and president of UTM’s Horror Club. “We have these brilliant young people who are dropping out of academia. […] Because they feel like they can’t belong or they’re not safe.”

On July 22, 2022, Gee announced his decision to leave academia because of his mistreatment by Reisz and the institutional inaction that followed.

McFadden expressed that “Science is for everyone—it should be for everyone. But people like Robert Reisz keep it to themselves. […] Obviously you don’t belong in academia if you aren’t supporting your students,” he concluded.

Bronte Ibbotson and Carmen Meijer, two first-year humanities students at U of T’s St. George campus, also attended the protest. “As a first-year who experienced [this kind of thing] in high school,” recalled Ibbotson, “[Starting] university, I was kind of disappointed that [things are] the same. [The people are] not being listened to.”

Meijer agreed, reflecting that “In a place where there are so many people, and so many power dynamics, […] I do not feel safe.”

In an interview with The Medium, Maëlis Barre said, “[Reisz] is someone who was accused of, and found guilty of, racial microaggressions, as well as sexual harassment and bullying of students. That’s not someone who should be in any position of power over students, and he needs to be terminated.”

The PEARS Project and the UTMSU call for the immediate termination of Reisz. In an open letter published on November 20, 2020, the PEARS Project urged U of T to issue a public statement condemning Reisz, and to hire an external investigative party to review the university’s policies on sexual harassment.

Over 1,750 students have signed the open letter since it was published alongside The Varsity’s article.

“I think the next step would be an acknowledgement that we are heard,” said Klark Janowski, a third-year Philosophy student and executive member at PEARS, in an interview with The Medium. “It’s not just that [U of T isn’t] complying with our demands. It’s that [they’re] not even acknowledging that we’ve made them in the first place”

Another resource available to students who have been victimized by sexual assault is the PEARS Project. The group describes themselves as “a grassroots, trauma-informed coalition that provides peer support and resources to survivors of sexual violence across U of T.”

As of December 5, 2022, Reisz is slated to teach two biology courses next semester: BIO354: Vertebrate Form and Function and BIO356: Major Features of Vertebrate Evolution. His lab, the Reisz Lab, continues to facilitate research projects for undergraduate and graduate students.

If you or someone you know has been affected by sexual violence or harassment:

Copy Editor (Volume 49) | aidan@themedium.ca —Aidan is completing a major in Professional Writing and Communications at the University of Toronto Mississauga. He previously worked as the Associate Editor for the Arts and Entertainment section of The Medium, and currently works as the Copy Editor for The Medium. When he’s not catching up on course work or thumbing through style guides, Aidan spends his free time exercising (begrudgingly), singing (unmelodically), and trying (helplessly) to read David Foster Wallace’s Infinite Jest. The latter of which has taken 3 years to reach the 16th page. You can connect with Aidan at aidan@themedium.ca. 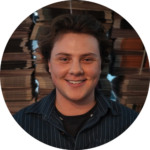 Copy Editor (Volume 49) — River is completing a specialist degree in Political Science with special interests in social justice and law. He is currently working as a copy editor at The Medium. In his spare time, River can usually be found noodling on his guitar, obsessively replaying “Red Dead Redemption 2,” dipping into local thrift stores, and flipping through worn paperback fiction instead of doing his course readings.