Books and movies always romanticize the idea of valedictorian speeches. Yet, only a few lucky students have the honour of delivering one.

On June 24, 2021, Adwet Sharma saw his hard work pay off when he was proclaimed the University of Toronto Mississauga’s (UTM) valedictorian for the Class of 2021.  Certainly, many students have dreamed of receiving such an honour. For Sharma, this accomplishment was a pleasant surprise.

“To be recognized as [valedictorian] was incredibly surreal,” says Sharma. “I don’t think that the gravity of the situation sunk in until weeks later.”

Sharma was born in India but grew up in Germany and England. He became deeply interested in diplomacy after observing diverse interactions between different cultures in different countries. His unique background is one he is grateful for.

“You see the importance of human-to-human interactions and how different societies interact and work for the greater good, and I feel like that’s at the heart of diplomacy,” continues Sharma. “This is when I knew that I wanted to be at the center of those international conversations.”

Sharma specialized in international affairs and majored in economics at UTM. He applied to several universities overseas, including some in England, but UTM was his top choice. Sharma was drawn to UTM’s renowned academics and unique international affairs program. The idea of being in North America, a continent he had never visited, also appealed to him. He is now fulfilling his goals and currently works as a research analyst at the North Atlantic Treaty Organization (NATO) of Canada and as a policy advisor at the Legislative Assembly of Ontario.

Throughout his journey at UTM, Sharma built wonderful memories by making the most out of the opportunities that were available to him. Amongst them, he was co-president of the Hindu Society. Sharma reminisces when the club organized Diwali, a festival that symbolizes the victory of light over darkness, at the Blind Duck pub before the Covid-19 pandemic.

“We saw performances, ate food, went on stage to thank everyone, and we were [amazed] that we were able to put this event together,” recalls Sharma. “This was definitely one of my most memorable times at UTM.”

Sharma says that students learn a lot from making use of all university resources, building connections, and meeting other students—whether that be through student clubs, classes, or student societies. Moreover, students build memories and bonds that they will cherish.

Coming into university, Sharma’s first year was filled with financial difficulties, but he learned to “smile in the face of adversity.”

Socioeconomic backgrounds, such as an individual’s income, occupation, and social background, play a role in shaping and maintaining academic success. Some students carry the weight of their socioeconomic background to their advantage, while others, unfortunately, to their misfortune. Wealth empowers some to gain an education, but not everyone has access to wealth. Factors such as gender, financial constraints, country of origin, and ethnicity lead some to be stuck in a cycle of struggles.

Sharma’s story isn’t about privilege, but rather about hard work, optimism, and perseverance. To him, having financial struggles simply meant he had to learn, adapt, and move forward.

“When there’s a challenge we must smile, see what we can do, and be ruthlessly optimistic about it,” states Sharma. “At the end of the day, you have to play the cards that you’ve been dealt with.”

According to Sharma, time and experience bring clarity to students. They learn what makes their struggles easier to deal with. And indeed, Sharma learned a lot through his journey at UTM. His biggest lesson and piece of advice is that, with hard work and sheer ruthless optimism, everything is possible. Sharma notes that it is vital not to blame ourselves for our struggles—be it financial, medical, or any other.

“You have to keep reminding yourself that you’re here to academically excel; you’re just a student,” says Sharma. “If you can’t wrap yourself around financial insecurity, or any other problem, you can’t blame yourself. You’re learning.”

Sharma’s journey is one we can all certainly learn from. Humbleness, perseverance, and optimism are crucial values that reap many benefits. Our years at university are important and meaningful. However, Sharma points out that it’s easy to lose sight of that.

“It’s sometimes hard to see the result of your efforts. With a job, you see a paycheck. With university, you must put in four years of hard work, and you see the results afterwards,” concludes Sharma. His recipe to success amidst uncertain times is crucial: be resilient, view the big picture, and don’t blame yourself for life’s setbacks. 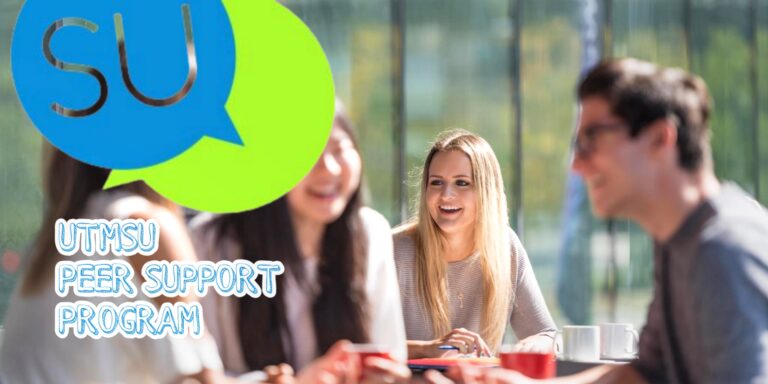