The Joy Luck Club by Amy Tan follows the stories of four women who meet after church every week to talk about their adult daughters and play mahjong—a popular Chinese tabletop game. Around the table the women reflect, haltingly and cautiously, on the lives they’ve left behind in China. The novel interweaves 16 vignettes from the perspectives of two mothers and their two daughters into one larger saga that spans two countries, two cultures, and several generations.

The members of the “Joy Luck Club” center their reflections around the abuse and horror of the mass displacement that resulted from the Cultural Revolution. The women yearn to see their children experience the joys they were robbed of and as each character, both mother and child, seek love and acceptance, the complex tenderness inherent to mother-daughter relationships becomes the heartbeat that thrums throughout the novel.

The Joy Luck Club is also rife with familiar references to elements of Chinese spirituality. From giving children “bad” names to protect them from evil spirits, to naming a mahjong club with the dually auspicious words of “joy” and “luck,” ancient Chinese superstition is persistent throughout the novel. The women of the “Joy Luck Club” double down on traditions promised to bring peace and prosperity to protect their children from the loss and poverty they have experienced.

Another recurring motif from Chinese mythology that turns up throughout the lives of the women in the “Joy Luck Club” is the power and unpredictability of nature—a force to be both respected and feared. Game points are constantly illustrated using references to bodies of water, turtles, swans, and tigers. Despite the beautiful symbolic language used throughout the novel, Tan’s diction remains simple: a testament to the plain English she and her mother spoke to each other when she was growing up. The whole novel serves as Tan’s love letter to her mother, and each word—chosen for her mother to understand and enjoy—reflects that.

While the “Joy Luck Club’s” daughters scoff at their mothers’ superstitious paranoias and outdated fables, they themselves fall into the same behavioural patterns—internalizing their stories and finding explanations that do not speak true to their mother’s tales. These are just a few ways that The Joy Luck Club effectively compares the cultures of Chinese, Chinese immigrants, and Chinese Americans. Tan wonderfully and subtly dismantles the prevailing myth that the Asian experience is monolithic. She shows that language, beliefs, assumptions, thought patterns, and traditions differ from generation to generation—but so do the subtler aspects of culture, such as relations to authority, concepts of self, and expectations.

It takes a certain type of deftness to write multiple perspectives in a novel, especially perspectives that span multiple generations and cultures. I am not entirely sure that Tan possesses that deftness. At times, I found it difficult to differentiate between the voices of the different characters. The novel jumps from story to story and narrator to narrator, making it more difficult to get immersed in one storyline or character. I believe the book may have worked better if it had been presented as a collection of short stories instead of as a novel. However, the text remains a poignant exploration of universal feelings of love, fear, and cultural expectations through the lenses of Chinese and Chinese American peoples. It rightfully celebrates and highlights a culture by sharing the vivacious stories of its people—stories that are still lived today. 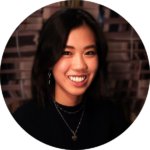 Associate Arts & Entertainment Editor (Volume 49) — Maja Ting is in her second year at UTM, completing a Specialist degree in Forensic Biology. Her favourite pastimes include reading, listening to music, watching movies, museum hopping, waiting for public transit, and referring to herself in the third person. You can connect with her through her bookstagram or personal Instagram.