No one would want to follow the dumpster fire which was the year 2020, yet, 2021 took up the challenge and it did not hold back. Attempting to recap everything that happened this year would be nearly impossible, but we at The Medium decided to give it the ol’ college try and pick out some of the most memorable and significant moments this year had to offer.

After the mess of 2020, some of us entered the New Year with our mittens on, legs cross, eyes half-opened, just simmering in the moment, like disgruntled Bernie Sanders did at the 2021 U.S. Inauguration on January 20. While others stormed Capitol Hill, starting the year with an insurrection and fervour.

The proceedings of the first few months of 2021 felt like The Weeknd dizzily running through mirrored halls at his Super Bowl performance. Our New Year resolutions included forgetting the hell of 2020 while chasing some unknown “new normal”—all while still in the confines of our homes.

In January, Toys R’ Us ceased making children happy, while Keeping Up With The Kardashians finished filming their final episodes—leaving their audience of adult (children) globally devastated, empty, and stripped of purpose. In February, Jeff Bezos announced he would step down as CEO of Amazon to focus on “Amazon initiatives” and other passions. As the year persisted, we realized these passions include flying to space, The Washington Post, and introducing his girlfriend to Leonardo DiCaprio.

Entering the year in search of respite, January and February felt like a sick continuation of the previous year. Charlie’s Angels—Pfizer, Moderna, and Astra Zeneca—soon came to our rescue, rendering the first months of the year a faint memory.

In the months of March and April, the masses anxiously and angrily waited for the verdict against Derek Chauvin, the police officer who knelt on George Floyd’s neck with extreme force, leading to his death on May 25, 2020.

During the trial, Darnella Frazier, the 17-year-old who recorded and posted the video of Chauvin kneeling on Floyd’s neck, testified about the terror she felt and Floyd’s evident suffering when he was on the ground. Philonise Floyd, George Floyd’s brother, testified about his brother’s leadership and love in their home. Chauvin knelt on Floyd’s neck for nine minutes and 29 seconds—revealed by a prosecutor during the trial—which was much longer than originally assumed.

The trial lasted three weeks. Derek Chauvin was found guilty of the murder of George Floyd. He was sentenced to 40 years in prison for second-degree murder, third-degree murder, and second-degree manslaughter. After years of silenced outrage against police brutality, protests across the globe shouted in relief that, if not justice, accountability was finally served, a small victory, but not enough to restore what could not be taken back. These events became a catalyst for social justice movements across the globe.

May was the month of mourning for many Canadians. The remains of 215 Indigenous children were discovered on the grounds of a former residential school in British Columbia, where some were as young as three years old. Before we reached the twentieth century, almost 150,000 Indigenous children were removed from their families and many of them remain undiscovered. May kickstarted months of investigations for more of these bodies where in June, hundreds more were identified.

In late June, Cowessess First Nation discovered 751 unmarked graves at a former residential school in Saskatchewan where students faced physical and sexual abuse at the hands of teachers. Not only that, Prime Minister Justin Trudeau stated he was “terribly saddened” by the discovery of these sites but this announcement only angered many. Up to date, countless Indigenous reserves do not have clean drinking water despite Trudeau’s recognition of these gravesites.

Let us not forget about those tragedies that occurred in other parts of the world, including the U.S. On June 24, a Florida condo building collapsed killing 97 people with one person still missing. It took investigators and firefighters weeks to locate victims and it was only in September when these numbers were finalized.

July gave us the hottest month on record featuring raging wildfires and hurricanes across North America. At the same time, World Wide Web’s inventor sold the original code for a mere US$5.4 million, and Elmo decided to adopt a puppy on Sesame Street. Canada also announced the appointment of Mary Simon as Governor General. She is the first Indigenous leader to be taking the seat of the Queen’s representative.

Haiti’s president Jovenel Moïse was assassinated in his own home, and the Taliban quickly conquered and took control of Afghanistan. Everyone across the globe watched heart-breaking videos of people holding onto ascending airplanes in hopes of escaping the country. While the world watched in horror, Ashton Kutcher and Mila Kunis attempted to cheer everyone up by assuring the masses that they do, in fact, shower their children. We finally said goodbye to August by waving our flags as the Tokyo 2020 Olympics came to an end.

Justin Trudeau shook things up in September after he held an impromptu and expensive election that many Canadians found unnecessary. So much so, they expressed their anger by throwing rocks at him as he boarded a campaign bus. He still won a minority government for the second time in a row.

Speaking of expensive events, El Salvador became the first country in the world to adopt Bitcoin as a legal tender—which came with some unexpected hiccups. Shortly after launch, Bitcoin experienced glitches, followed by a whooping 19 per cent drop in value and lots of angry Salvadorans. Likewise, Canadians were outraged after 30 women were allegedly drugged and sexually assaulted at Western University during orientation week. The university responded with an investigation and a Tweet that addressed their culture problem.

September and October saw interesting events go down in the entertainment industry. Shang-Chi and Squid Game were released, making way for the next generation of easy Halloween costumes. Shang-Chi featured the first Asian lead in Marvel’s cinematic universe, while Squid Game generated some serious dollars and praise for Netflix.

But even the streaming service was under heat after Dave Chappelle’s comedy special The Closer ridiculed transgender people. Netflix employees took to the streets to protest transphobic content. This wasn’t the only protest in the industry. Hours before actor Alec Baldwin fatally shot cinematographer Halyna Hutchins with a prop gun by accident, the camera crew for the movie Rust walked off set to protest their working conditions.

The Ontario government finally made some good decisions after they announced the strengthening of the elementary school curriculum. They plan on implementing mandatory Indigenous learning by 2023. Doug Ford’s government also announced a partnership with Shoppers Drug Mart to provide free essential hygiene products to all students across the province.

When we hit November, people reached a point of realization— the realization that the French flag changed colour without anyone noticing, that were about to enter the months of Mariah Carey on repeat, but most importantly, that another year was coming to an end.

Looking back on the past, as people did on November 11 to remember our soldiers, reminded us of the good and the bad of 2021 so far.

While we hoped that Covid-19 would disappear, the Omicron variant came to visit for the holidays, and despite this deadly disease, nothing could stop the massive crowd at the Travis Scott Astroworld concert that ended in tragedy. More disheartening news soon piled on as Kyle Rittenhouse was found not guilty for the 2020 Kenosha unrest shooting.

Sometimes, the world seems to drown in its horrors, but there is still the balance of good that keeps us afloat. As of November 2021, 86 per cent of Canada’s population aged 12 and above are fully vaccinated, and Pfizer was recently approved for kids aged five to 11. Slowly, we feel less trapped in this endless quarantine loop, but enjoying her freedom the most is Britney Spears who was finally released from a nearly 14-year conservatorship. While people are at peace knowing she is free, others are at peace knowing that the three white men who took Ahmaud Arbery’s life in 2020 have finally been found guilty, facing life in prison.

Earth is one chaotic mess of green and blue, but there are still victories to cherish in our world—whether it is the Indian farmers’ protests that led to the withdrawal of controversial laws or looking toward the future with the promises made at the twenty-sixth United Nations Climate Change Conference of Parties.

It’s difficult to believe that the pandemic, which at first existed on the other side of the world, has now taken the lives over half-a-million people. Those of us that are blessed enough to survive will likely, and sadly, continue to struggle with the physical and emotional ramifications of Covid-19, perhaps for the rest of their lives.

None of us know what to expect for next year. Some of us continue to struggle with unease and anxiety about what the next day will bring; others are numb to the news and constantly-fluctuating numbers.

Although this isn’t the most uplifting message to end the year, what I can say though, is that as you push yourself through the next few weeks, be gentle with yourself.

Be proud of what you accomplished and be sympathetic towards yourself for what you couldn’t. Continue to push yourself when you struggle, even if that struggle is with taking a break and letting go. Take care of yourself and your community and hope or pray that all of our situations continue to improve.

And with this, we get ready to leave 2021 behind and begin our transition into 2022. 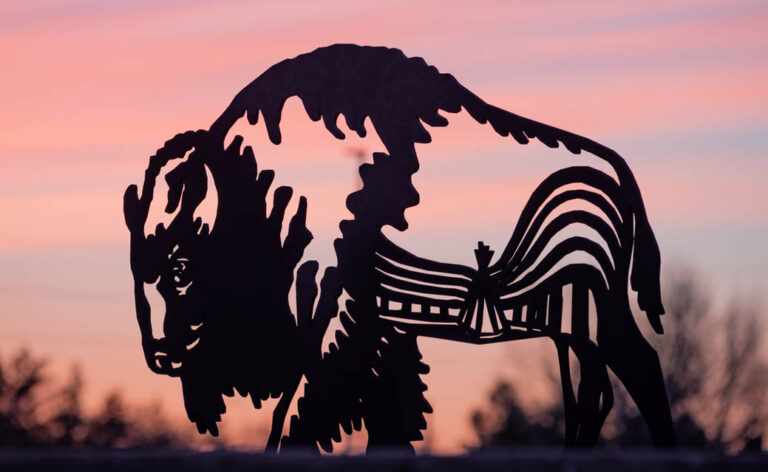 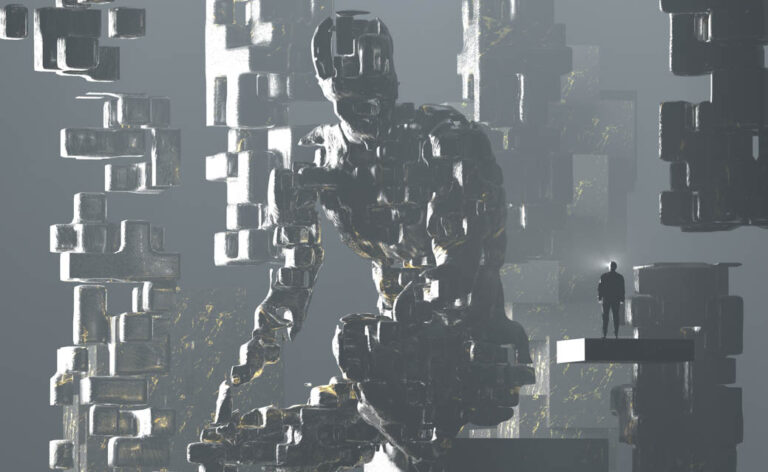 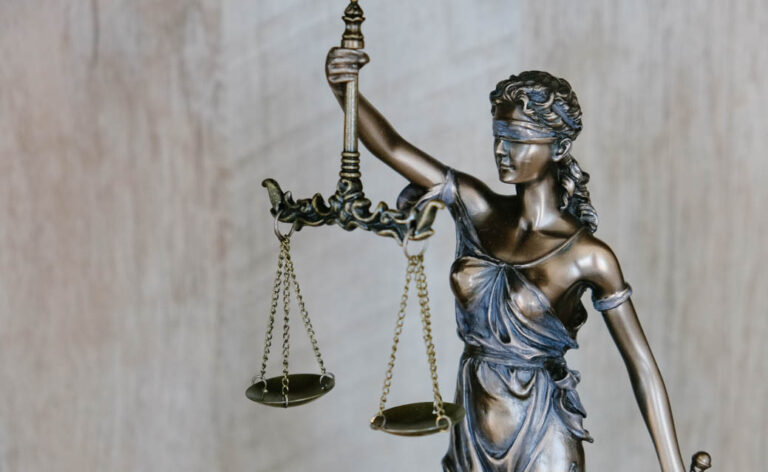 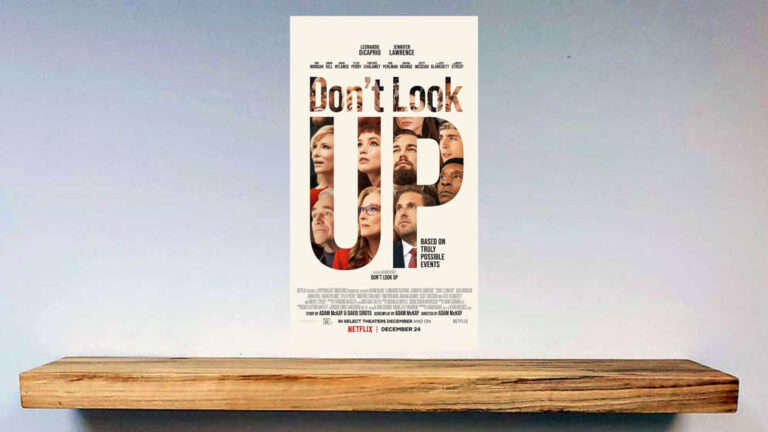