Erindale Studio Theatre has always been a great place to experience drama up close. In their most recent show, Tartuffe, fourth year Theatre and Drama Studies (TDS) students used the power of live performance to showcase thematic messages, dialogue styles, and special effects.

Originally a French play written by Molière, Tartuffe has been translated into various English versions. As a mixture between comedy and drama, the play deals with some intense themes regarding familial relationships and betrayal. The titular character, played by Hannah Mitchell, created a dynamic production. As Tartuffe is portrayed as a guest and religious fraud, he plots to manipulate his host for his own desires.

Directed by Paolo Santalucia, the play starts off suddenly, catching the audience’s attention straight away. The dialogue style, written entirely in rhyme, also becomes apparent early on—with characters who speak in catchy phrases such as “I could see my family die and not even blink an eye.” An early scene consists of a debate between Mariane (Chelsea Mathieu) and her father Orgon (Anthony Palermo) regarding her marriage prospects. Orgon wants Tartuffe to be her groom, even though Mariane has true feelings that lie with Valère (Stevie Hook)—another suitor. Later, Orgon debates with Mariane’s maid Dorine (Brynne Bonne) about the potential union between Mariane and Tartuffe.

After Orgon exits the scene, Mariane and Dorine discuss their heartfelt feelings. Mariane states that she cannot stand up to her father because she is “timid.” For such language, she is mocked. These dialogues communicate messages that connect to self-identity, however, through hypocritical figures like Valère, the concepts of identity become lost. With further interventions by characters like Orgon’s mother Madame Pernelle (Maïa Greco), his brother-in-law Cléante (Devin McEachern), Orgon’s second wife Elmire (Jewell Bowry), and his son Damis (Jimmy Omino), the plot stirs notions of reason, love, manipulation, and deceit.

The lighting and music in the play were used to the story’s advantage. Throughout scene transitions, main lights turned off, smaller ones illuminated parts of the stage, and new music played. To create suspense and foreshadow some of the unbelievable events that unfolded, the show featured a snippet from the iconic musical number “In The Hall Of The Mountain King,” composed by Edvard Grieg. As the show’s plot was fast-paced—always bringing calamities to the characters—the effects helped to match and enhance this tone.

The acting in Tartuffe was phenomenal. One casting choice that stood out to me was Madame Pernelle. Greco portrayed her character with perfect pacing, and I really got the sense that she was irritated with her family and close to her breaking point throughout the show’s entirety. Her dialogue delivery, facial expressions, and overall body language ultimately built up to her final meltdown—a dynamic and unforgettable exit scene.

Another great character was Tartuffe. Mitchell’s acting received a booming applause from the audience. While Tartuffe was meant to be antagonistic, Mitchell’s performance added layers of comedy to the play.

Overall, I would recommend plays like Tartuffe to anyone who is looking for an enticing experience at the University of Toronto Mississauga campus. The show presented socially impactful themes while keeping its tone upbeat. Be sure to keep up with more of Theatre Erindale’s upcoming season on their Instagram @theatreerindale. Tickets for shows can be found at tickets.sheridancollege.ca. 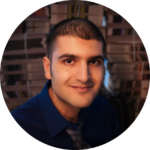 Staff Writer (Volume 49) — Yusuf is in his third-year completing a major in English and double minor in Cinema Studies and History Of Religions. Following an anticipated return to campus he sought to get involved and his ambition led him to join The Medium. In addition to developing his writing skills further he has found his experience contributing insightful as he’s learned about other fields on campus he wouldn’t know about otherwise. When he’s not studying or writing he enjoys listening to music and browsing the internet. You can connect with Yusuf on LinkedIn.