U of T differentiates itself from other universities through its diverse student body, having a total of 21,216 international undergraduate students enrolled in 2022. Subjects such as sociology, psychology, statistics, and finance all rank in the top 10 best subjects to study at U of T.

As of 2022, U of T has a total of 22,120 students enrolled in graduate studies, largely due to the institution’s reputation as a hub for academic research. U of T also provides higher education in a wide array of disciplines, offering more than 700 undergraduate programs and around 70 professional graduate programs for students to pursue, opening up a plethora of career options.

The Medium interviewed two students at the University of Toronto Mississauga (UTM) who shared opinions on U of T’s prestige and the importance of university ranking.

Dana Al Refai, a third-year molecular biology specialist, explains what the prestige of U of T means to her as a student of the institution by saying “U of T matters to me. It gives me the motivation to study and excel at my courses as part of the best university in Canada. I think having a degree from the University of Toronto opens many opportunities regarding jobs and graduate schools.”

Al Refai believes that university prestige can spur students to put more effort into their studies. “I think this prestigious honor somehow puts pressure on me at school to work harder and get a high GPA. As I progress through my years, I think the professors place high expectations on students in terms of marks. I think the ranking pressure brings the best out of students and pushes them beyond their limits.”

When asked about how a U of T degree will help him secure a job, a fourth-year biotechnology specialist student, who wishes to remain anonymous, says “When I graduate, it means that my degree will be recognized anywhere in the world. And that’s a good thing.”

However, the anonymous student believes that school ranking had little bearing on his decision to study at U of T. “What’s more important is the support the students get during their time in universities such as resources for finding jobs and internships, mental health resources, financial help, and many others,” he states.

“U of T has been consistently ranked in the 22nd spot and remained right around its place for a number of years in many of the major university ranking systems. So I doubt that students will feel pressured to do better. However, the ranking will probably pressure the faculty and administrators to do better,” says the anonymous student.

All in all, the anonymous student feels that U of T can improve by providing more support and resources for students. “At the end of the day, what’s the purpose of graduating from a high-ranking university if students can’t find a job after they graduate?” he concludes.

U of T continues to demonstrate excellence in both academics and research. With the highly skilled students and faculty, along with extensive networks, it is of no surprise that U of T is ranked as one of the top universities in Canada. With its stellar ranking, the university attracts many high achievers hoping to experience U of T’s highly sought-after learning environment. 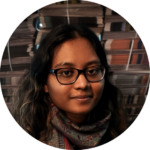